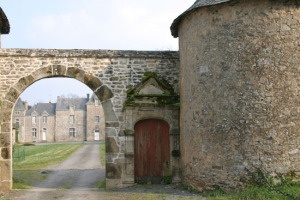 The watermill and the lakes were originally dug, dammed and built around 1700, being owned by the local baron who dominated the local area from his enormous chateau just along the road. Originally the moulin was built as a grain mill for all the local produce, now sadly the waterwheel and mechanism have been removed but the huge oak beams needed to carry the weight of the wheel survive as an artifact of its former life. The Barons descendants still occupy the imposing grey stone chateau complete with servants houses built into the surrounding walls. Some of the original land and buildings have been sold off, mostly after being divided up as inheritance. During the last century the lower lake was used during the summer for swimming and fishing activity by the family and

friends whilst the upper Lake was mainly a duck shoot and fishing lake providing fish and meat for the table. It was not so many decades ago when the Baron would have the fingers cut off of any whom were caught poaching his lands, or so we are led to believe. If you are interested in architecture, history or roman 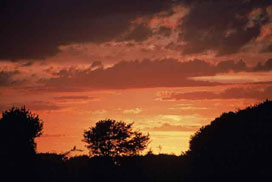 tic notions take the short walk along to the imposing gateway of the chateau and peer down the long drive at this typical French aristocratic monument, I wonder what impression it will leave on you?. Oh and If you guess the current owners occupation I will buy you a beer!